What happened after the cow jumped over the moon? 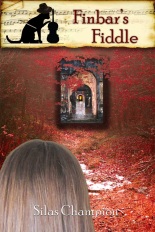 Well, a lot happened, actually, and most of it never made it into Mother Goose’s book of rhymes. Eleven-year-old Dallas McAllister discovers that when she wakes up one morning dangling from a giant willow tree. Rescued by a fiddling cat named Finbar, Dallas makes her way through Gooseland looking for Mother Goose.

Using her knowledge of the rhymes, Dallas becomes famous for her ability to know the future. But when Old King Cole sends her deep into the Far Forest to rescue Humpty Dumpty, Dallas needs more than rhymes to stay alive. After all, the rhymes never said anything about cruel trolls and hungry wolves. How can a girl from Nebraska and a fiddling cat do what all the king’s men could not?
Listen carefully. Can you hear the fiddle in the trees?

Buy the e-book from Amazon.

Here are some books I am currently working on. I hope to have these traditionally published. Stay tuned for updates.

In order to save her family, a college girl must find a lost Chinese treasure buried in the Black Hills of South Dakota. This spring break did not turn out like she planned.

As she travels across the country to join them, Starling tries to find a way to leave her family’s bluegrass band without causing heartache.

Two college boys on a summer road trip to Calgary run into girls with jealous boyfriends, angry carnies, and hungry bears. This will be trip of their lives, if they survive.