Posted on March 4, 2015 by silaschampion 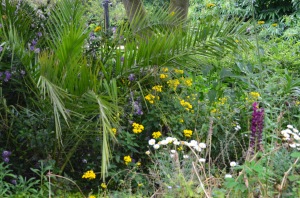 It’s March, and spring is just around the corner. The days are getting longer and it feels like we might escape this snow-filled winter after all. If you live in a Southern climate, you may already be feeling the warmth of the sun. It won’t be long before the shorts and sandals make an appearance. If you live in the North, you are gasping for relief from February. Old man winter is still hanging around, shaking his frozen beard, but his days are numbered.

For some reason March is associated with flying kites. I suppose it is windy in March because of the clash between warm and cold fronts or something science-y like that. Anyway, where I grew up, it was usually too cold and muddy to fly kites in March. We had to wait until April when the chance of snow almost disappeared.

Apologies to all kite enthusiasts, but kite flying is overrated in my opinion. You spend an inordinate amount of time huffing back and forth across the lawn, trying to get the the kite in the air. After expending all that time and energy, the kite tumbles back to the ground. If you’re lucky, after several attempts it will catch a breeze and soar to lofty heights. Once that happens you stand there and watch it float in the sky until you get bored and go home. It seems obvious that ancient people invented kite flying just to exhaust their energetic children.

In spite of my disdain for kite flying, it does present us with interesting metaphors for life. Sometimes we run and run, but it seems like we’re not getting anywhere. No matter what we do, the kite of  life will not fly. What is the kite of life, you may ask? Is that some special kite on Mount Olympus that grants eternal life and freedom from breezeless days? It’s a metaphor, people. Make the kite of life stand for whatever you want it to.

Where was I? Oh yes, sometimes we can’t get the kite of life off the ground. Sometimes we end up like poor Charlie Brown with our kite in a tree. Our plans go awry or the misfortunes of life assail us. It’s during this time we want to throw in the towel. Okay, that’s enough metaphors. We want to quit, to give up.

Remember, the winds of life are ever changing. If we give up, we might just miss that perfect breeze that lifts our kite off the ground. Pick that kite up and run with it. Don’t let the trees and calms of life keep you from your goals. Go fly a kite.