I got my first copy of the Lord of the Rings when I was about twelve years old as a Christmas gift from an aunt. Although I read a lot as a child I didn’t read much fantasy. The covers intrigued me and so some time that spring I started in on The Hobbit. I was hooked immediately and I’ve been a fan ever since. As you can see those books have seen some use.

Like a lot of other fans I enjoyed Lord of the Rings movies. For the most part I think Peter Jackson and company did a good job adapting the books into film. Most of the things they changed made sense when switching to a new medium. I think those same instincts served him poorly for the Hobbit. They took a fun self-contained adventure and turned it into a poor copy of the Lord of the Rings.

That aside, I was watching the Return of the King a few weeks ago, and something struck me that I hadn’t thought about before. Hobbits succeed primarily because they don’t give up. Tolkien is beloved for his ability to show ordinary little creatures exhibiting unexpected bravery and intelligence. His hobbit characters do exhibit these traits, but perhaps their most important trait is persistence. Hobbits just refuse to quit.

Frodo is the most obvious example of this. He continues on his quest to destroy the ring in the face of obstacles and the fact that the ring itself is trying to destroy him. When Frodo falters  his friend Sam is there to help him carry on, at times literally. Middle Earth would fall without the persistence of hobbits. 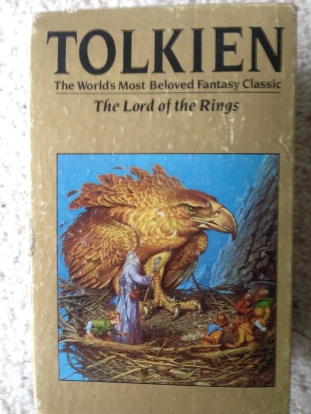 Bilbo exhibits this same characteristic. He refuses to give up in the riddle contest with Gollum, and he refuses to stop looking for the keyhole on Durin’s Day. He also refuses to give Thorin the Arkenstone. Once again the quest only succeeds because of a Hobbit’s persistence.

So be like a hobbit. Whatever your quest, whatever your endeavor do not give up. Keep going against all odds and never stop. Perhaps you’re not the biggest, or the fastest, or the strongest, but you can persevere. You can be a hobbit.

This entry was posted in Miscellaneous Musings and tagged Determination, Fiction, Life, Lord of the Rings, Perseverance, The Hobbit. Bookmark the permalink.